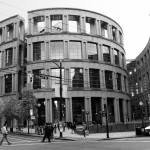 “Nothing of him that doth fade,
But doth suffer a sea-change
Into something rich and strange.”
— Shakespeare, The Tempest

Life is full of repetition: attempts to remake, remodel, or rewrite what has gone before. From covers or remakes of songs and movies to the renovation or restoration of buildings and monuments, from the reinvention of communication technologies to re-readings (even misreadings) of literary works, we see a pervasive desire to adapt, rework, or subvert inherited cultural forms and traditions.

But repetition is never simple. The recurrence of historic problems or issues is perhaps less compelling than the new concerns and connections that emerge when a deceptively familiar past is reinterpreted in the present. This course examines a variety of philosophical and literary texts through a series of thematic clusters that demonstrate the dynamic tension between established understandings and new meanings.

Our hypothesis is that the appeal of the classics comes not from some timeless essence, but from our need to remake, remodel, and reinterpret the past in ever new ways. When we study these texts together, both “originals” and “remakes,” they shed new light on each other and challenge us to rethink the relations between philosophy and popular culture, tradition and modernity.